SWIM WITH SHARKS IN THE OCEAN BLUE

An informative and unforgettable shark experience 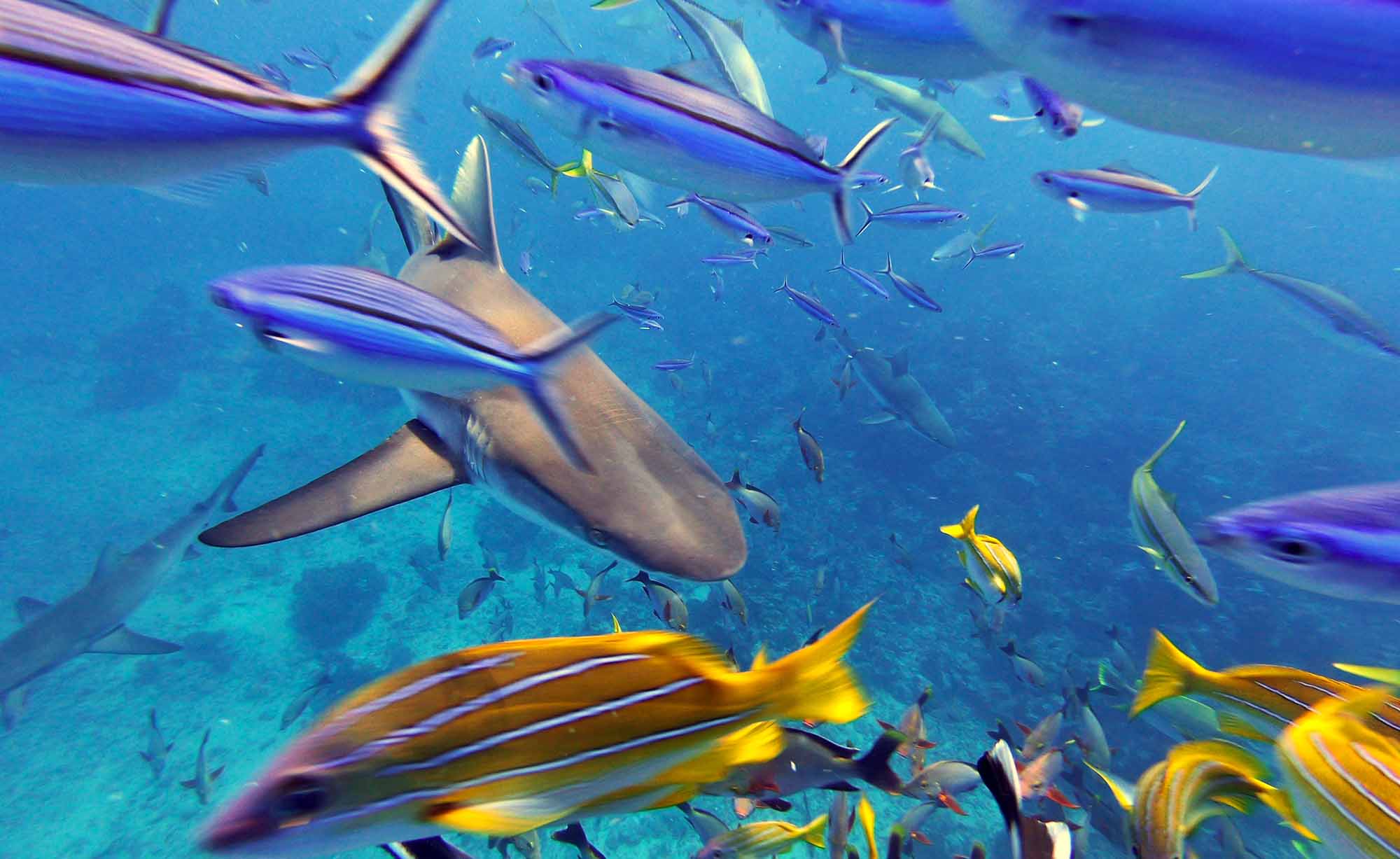 Before immersion, your guide will provide you many explanations about the ecology and behavior of sharks that are strictly protected in French Polynesia and will tell you why we don’t have to fear them. This is a safe activity and even if the sharks come very very close, you won’t feel in danger at any moment. After the safety instructions, you will snorkel in the blue and will soon be surrounded by reef sharks who will pose for unforgettable videos! Unique experience to live with Moorea Ocean Adventures.

One of our main goals is to educate you about the biology, physiology and behavior of sharks and how to safely watch them in their natural habitat. We have different snorkeling areas to meet the sharks but also one where you can watch big nurse sharks from the boat. 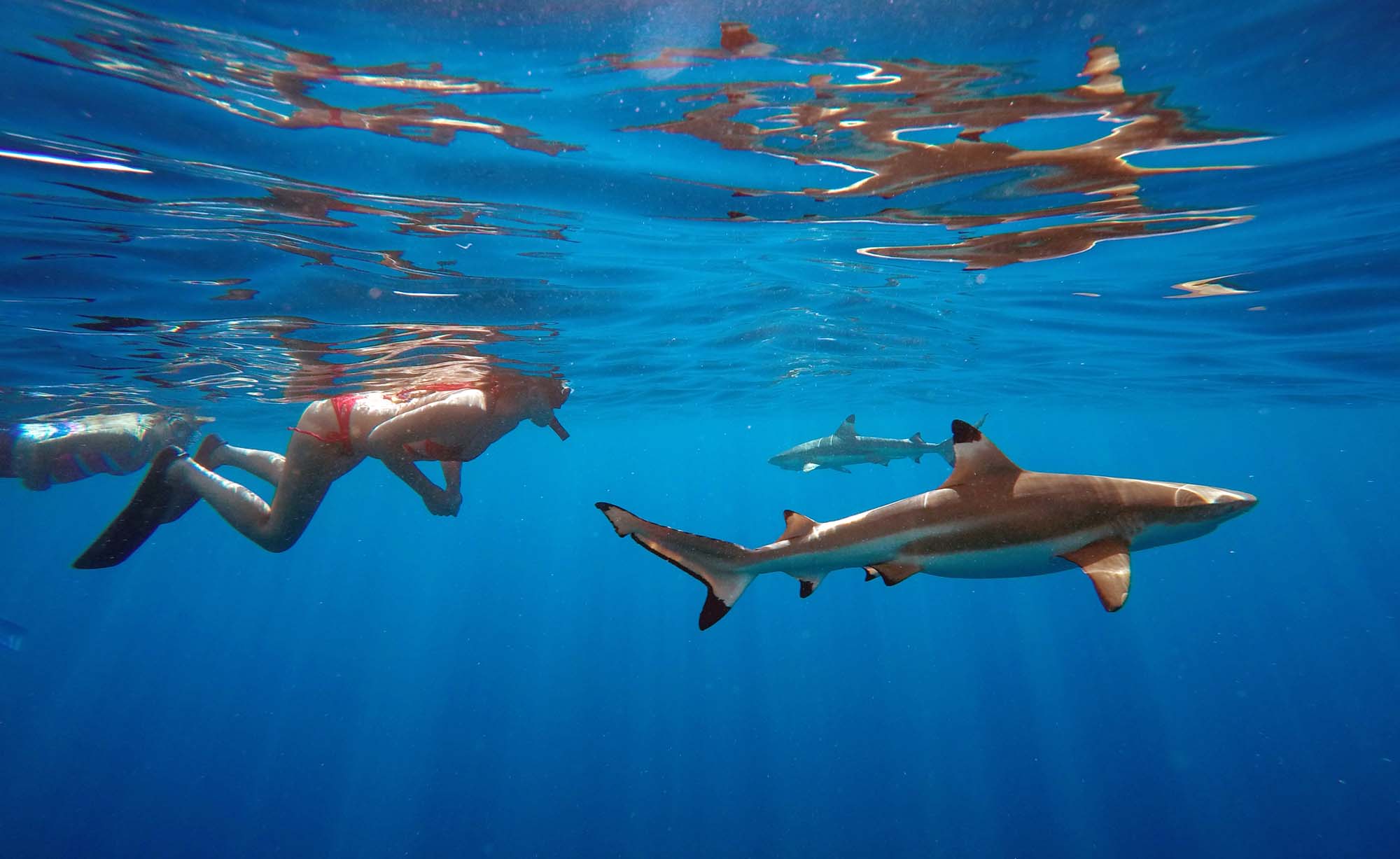 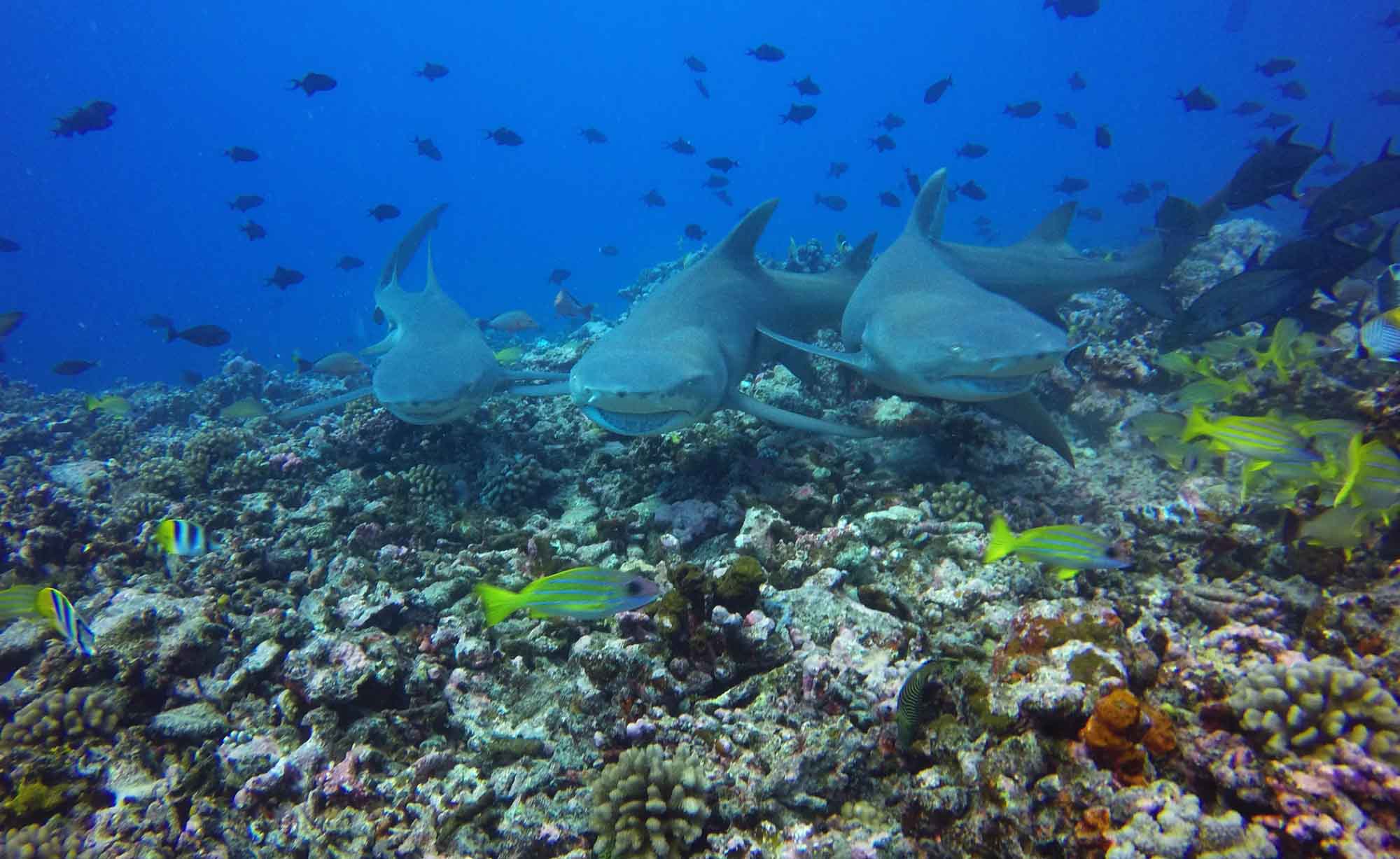 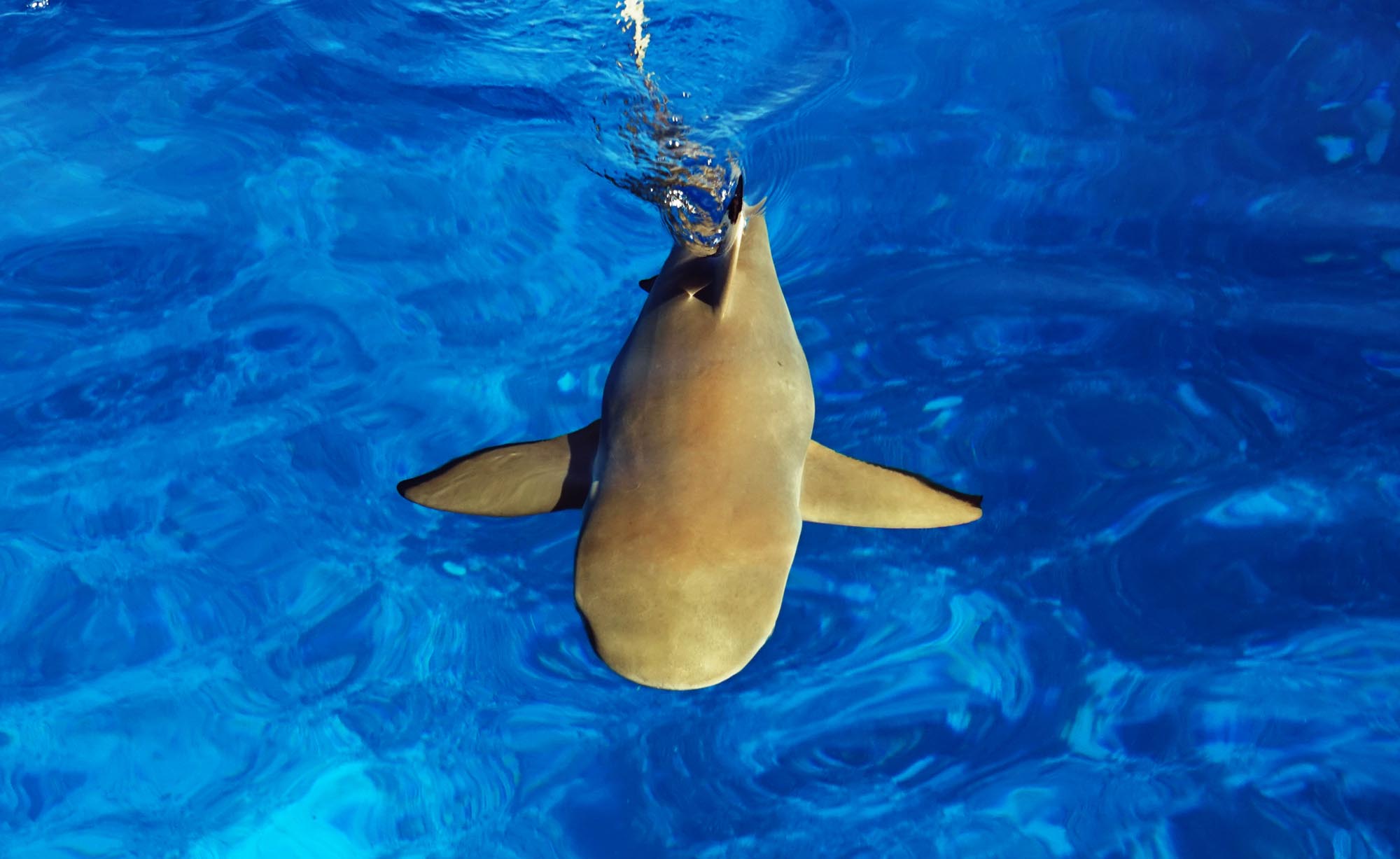 Why Shark Tourism is important for their conservation ?

Sharks are crucial to our marine ecosystems, yet many shark populations are in decline as a result of fishing (particularly for shark fin soup), fisheries bycatch, habitat destruction, and climate change. To survive, sharks need a coordinated global conservation effort.

Unfortunately, sharks are feared by many members of the public, demonised by the media, treated as human-hunting monsters, and cast as the villains in some blockbuster movies. In many places, government-funded programs actively cull sharks in the name of beachgoers’ safety.

Shark ecotourism can change people’s attitudes about sharks and make them more likely to support conservation projects. Shark ecotourism provides an opportunity to learn about sharks’ role in ocean ecosystems, and to view and interact with them in their natural environment. At the end, people realize the importance of creating sanctuaries and conservation programs for sharks like the huge Sanctuary of French Polynesia. In turn, that could help to build political and social pressure to conserve sharks.

Moorea Ocean Adventures contributes to the shark conservation by teaching every guest on our tours about the importance of sharks in the ocean, by sharing all our sharks data with the Shark Observatory of French Polynesia and by following a strict protocol with no huge shark feeding. 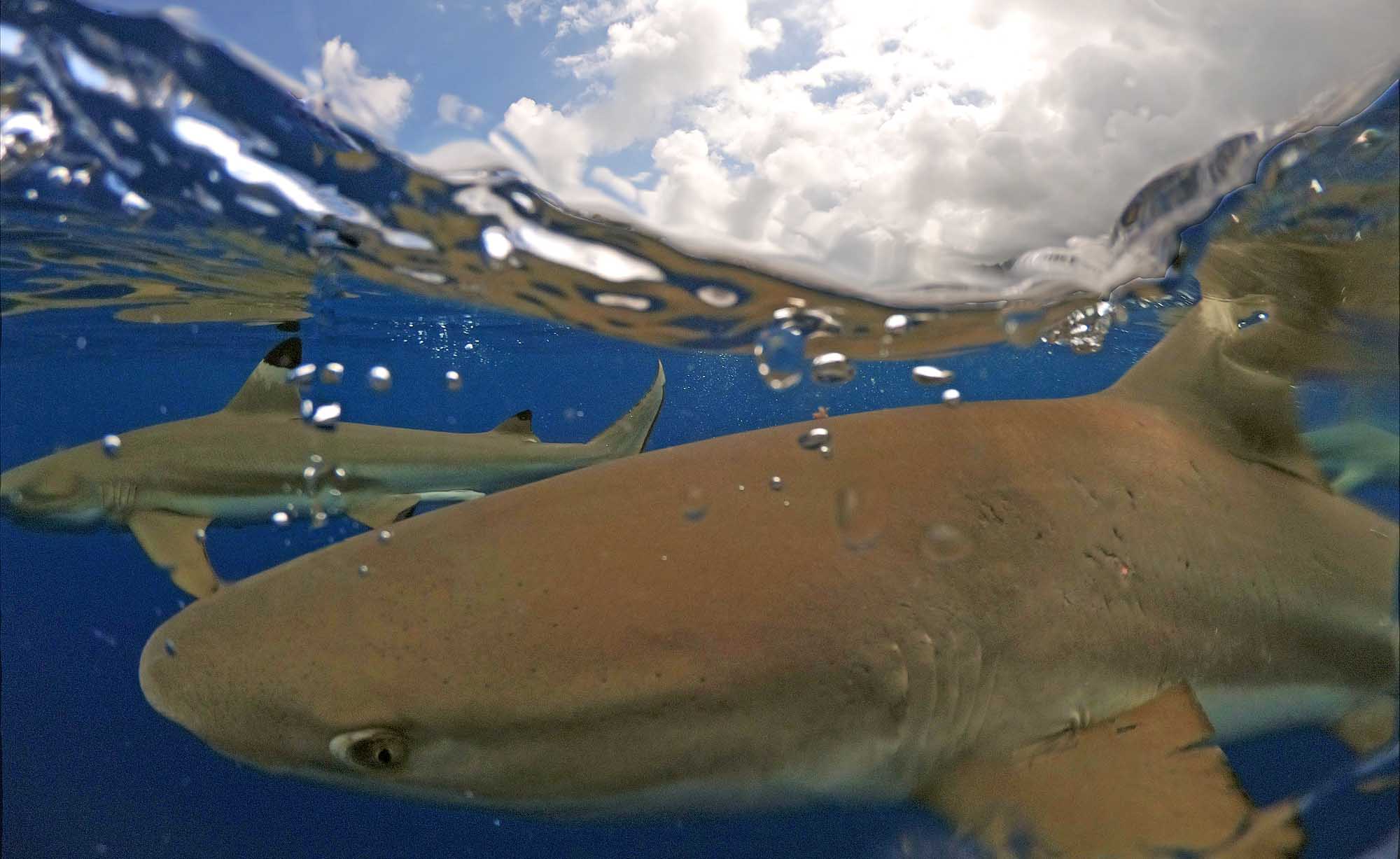 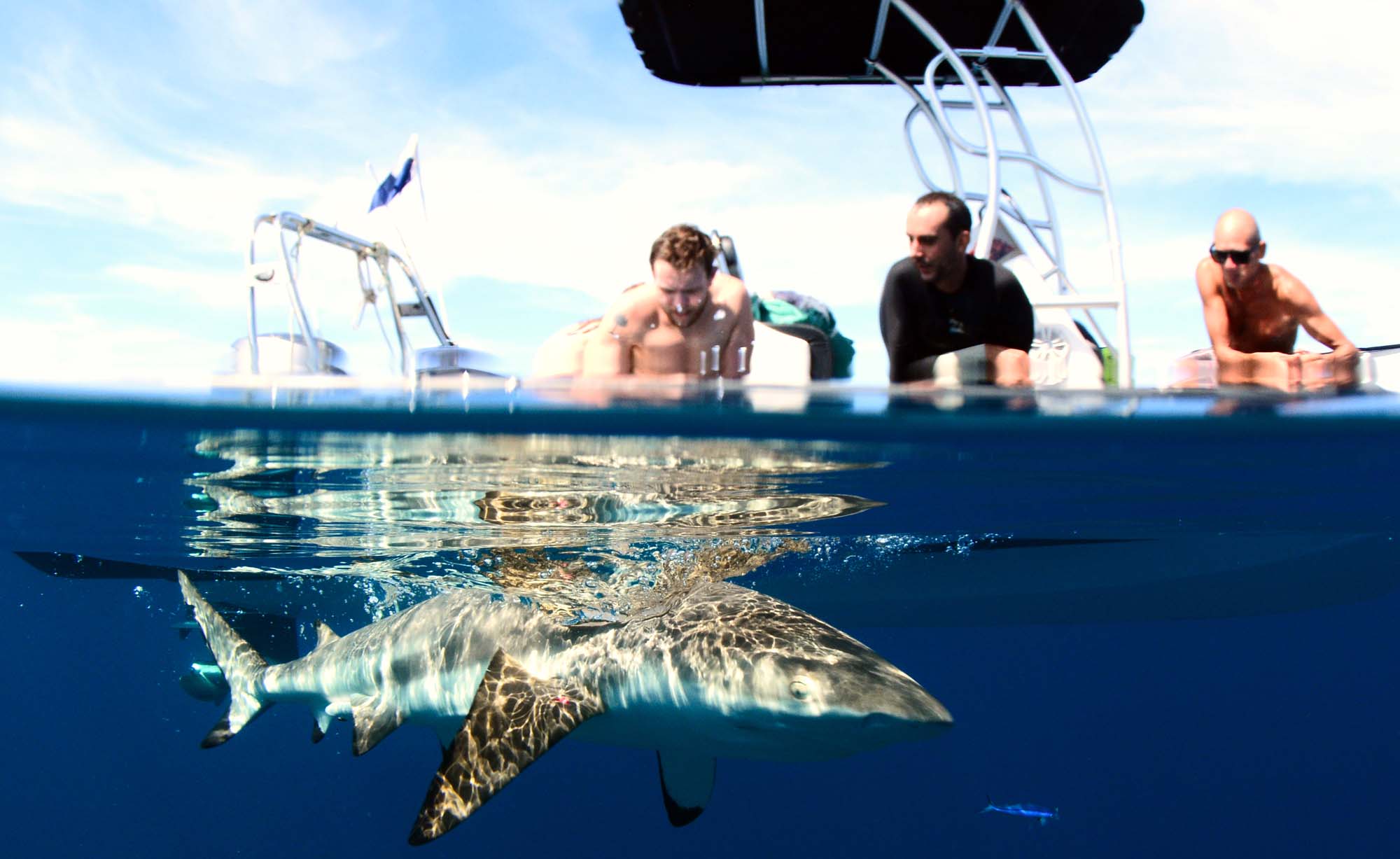 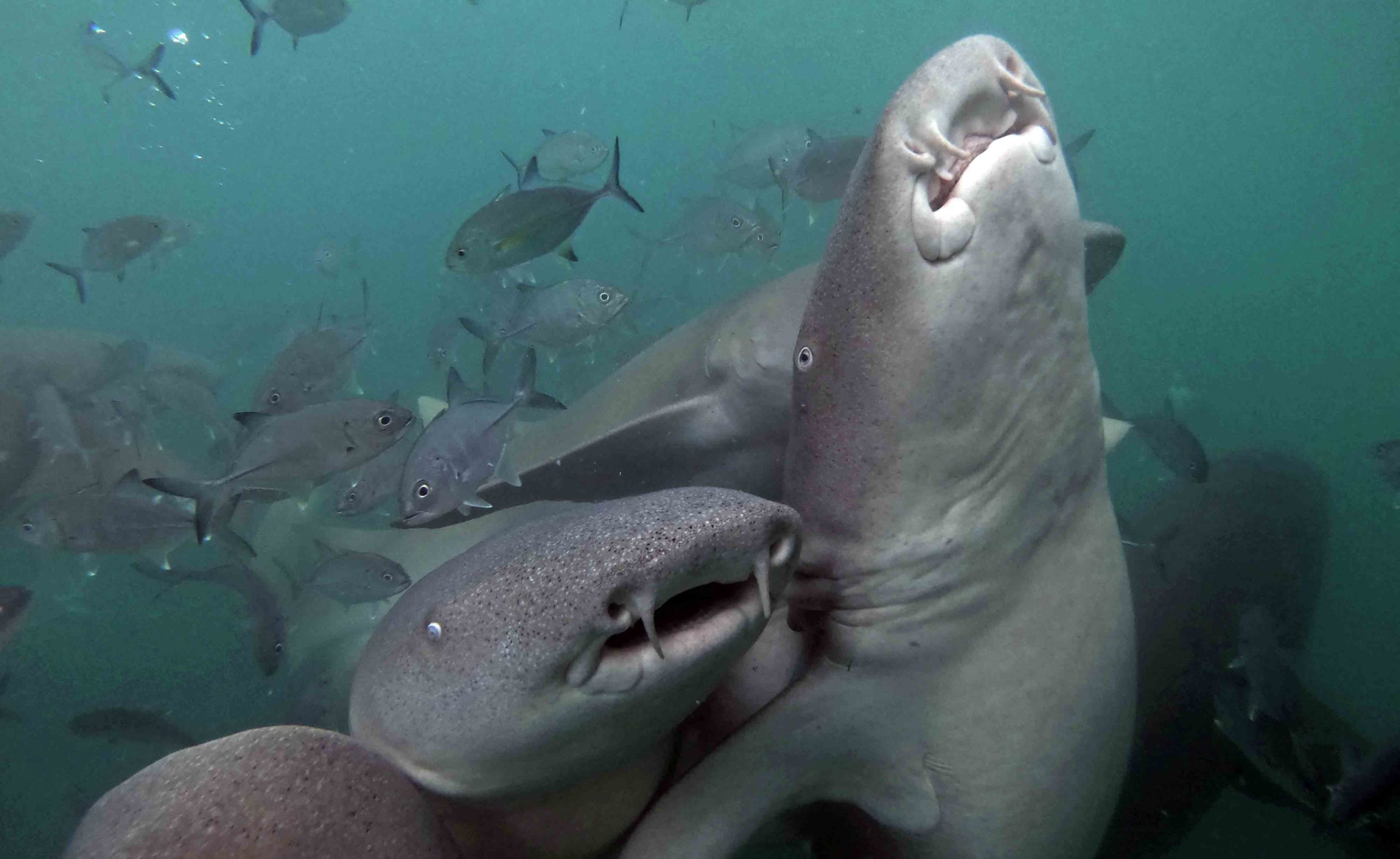 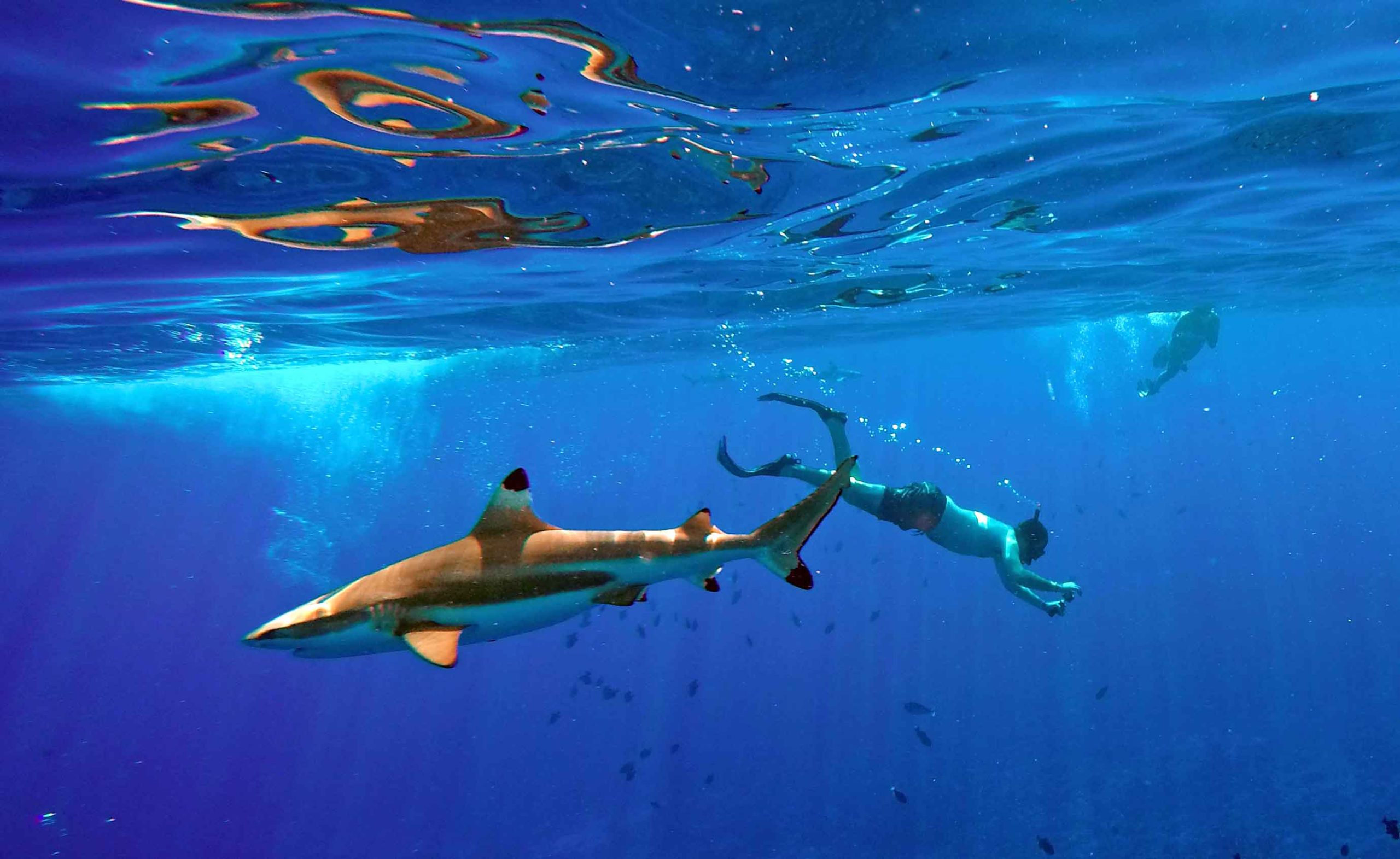